Toulouse attracts the most daring projects regarding “Transport of the Future”

Riding the aviation wave, other means of transport speed towards innovative horizons, according to the entrepreneurs who flock to Toulouse to develop their projects for future transport, such as the hyperloop, flying taxis, driverless shuttles, and new generation subways. The Toulouse ecosystem’s attractiveness in the mobility sectors underline its differences from other high-tech metropolises. That’s why, some imaginative startuppers, just graduated, have launched their businesses here. They might be related to IoT and welcomed in the IoT valley (internet of things ecosystem formed in Labège around Sigfox, world leader in the sector). Among the startups, Donecle that produces drones for aircraft inspection received the Grand Prix des Inn’Ovations 2018.

Toulouse is fully involved in the invention of “transport of the future”. Projects abound in Toulouse indeed (trains of the future, flying cars, autonomous vehicles, new generation metros) at the forefront in this fabulous revolution in transport. European Capital for aerospace, Toulouse is as well the leading city in embedded systems and artificial intelligence, enabling the region to attract most audacious projects. For instance, Easymile with its EZ10 shuttle, fully loaded with sensors and cameras, is already undergoing testing or commercial operation in 20 countries. The even more surprising project for EVA (Electric Visionary Aircraft) aims to transport you at 300 meters above street level in a fully autonomous taxi. Two projects focus on creating a “hyperloop”, a revolutionary train carrying passengers at 1200 kph aboard capsules in a tubular structure at low pressure. These projects have been launched in Toulouse thanks to its unique environment.  The region’s dynamics rely on the very high potential of public research, presence of major manufacturers in the aerospace, automotive and rail sectors, and the success of mature start-ups. 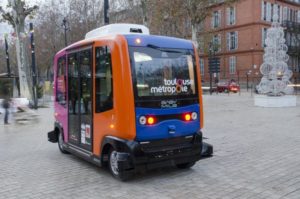 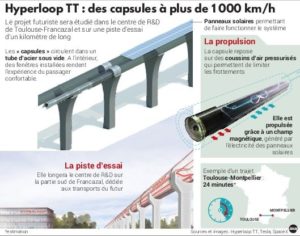 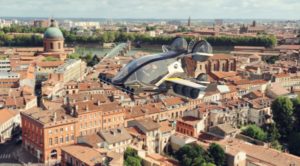 Subscribe to RSS or enter you email to receive newsletter for news, articles, and updates about what’s new.

Get in touch with us

This site uses Akismet to reduce spam. Learn how your comment data is processed.

We use cookies to ensure that we give you the best experience on our website. If you continue to use this site we will assume that you are happy with it.Ok