“My teaching style is strongly shaped by my multi-cultural experiences“

Editor-in-chief of the Journal of Air Transport Management, associate editor of Transportation Research E, and vice-president of the Air Transport Research Society, Sveinn Gudmundsson is also senior professor strategic management at Toulouse Business School. Every year, he teaches the Aerospace MBA’s delegates all they have to know about airline management. And a lot more. 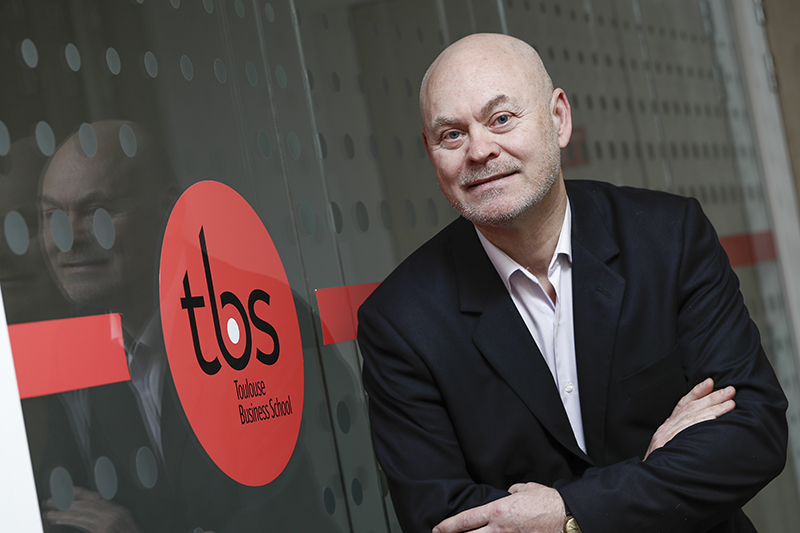 If you have to introduce yourself, what would you say?

Although born in Iceland, I have been very fortunate to live in several other countries for extended periods of time including Sierra Leone, USA, UK, Netherlands and of course France. I have also had the pleasure of spending time as a visiting research fellow at the University of Oxford, the University of Sydney and as visiting professor at the EOI Business School in Seville and Madrid Spain.

When I finished Grammar School I decided to go to the United States and study at Florida Institute of Technology, College of Aeronautics, where I stayed four years and completed three different degree programs in Aviation Management, Business Administration and Systems Management. After being accepted for the PhD program at Northwestern University, my future seemed laid down in the United States. However, upon returning to Iceland for the summer, I landed a job with a small airline operating a Boeing 737-200 QC aircraft to Amsterdam and Hamburg, an experience just too exciting to give up for more studying. I spent several years in this job as Manager Special Marketing Projects and Head of Loyalty Programs, and later became Marketing Manager for Visa Iceland, as well as doing some teaching in marketing and air transport. Later I decided to embark again on my ambition to obtain a PhD, but decided for a different country this time, the UK. After two years at Cranfield University’s College of Aeronautics, I moved to Washington DC piling through data at the Department of Transportation to complete my PhD.

Upon completion I took up a position as Principal Lecturer (Associate Professor) in Business Studies and Course Organizer for the MSc in International Trade and Transport (MSc-ITT) at London Guildhall University in the City of London. This university had the largest business education program in the UK at the time. As a founding director of the MSc-ITT program I became extremely busy with administrative tasks getting the program off to a successful start. Rather unsatisfied not having time to work on my research, I sought a position with less administrative responsibilities at a research intensive university. This I found at Maastricht University in the Netherlands, where I spent three happy years. However, my enthusiasm for everything air transport started to pull again and responding to an ad in the Economist Magazine for a strategy professor in the aerospace capital of Europe, Toulouse, I applied. The rest is history.

What are your specialities?

I have several specialties. My key interest has been to research into businesses success and failure, and specifically to understand factors that explain the performance of low cost airlines. Business performance covers many disciplines although expounding the overall performance of the firm has been the principal occupation of the field of strategy. For this reason strategic management has been my adopted field. My PhD research was on incorporating management and strategy related variables into bankruptcy prediction models that typically only used financial ratios. Another field I have great interest in is alliances involving multiple partners. Such alliances tend to be complex in terms of central governance and collaboration dynamics among internal and external partners. In the last few years, I have increasingly focused on mergers and acquisitions (M&As) in the airline industry, especially from a cost perspective. Most M&As claim some cost benefits through synergies, however, in reality research has found little evidence of overall or unit cost benefits following M&As. Another research interest I have deals with sustainability issues such as the effects of airport congestion on airports and airline networks. This latter named research came about during my stay at Oxford University where I was researching into the environmental sustainability of the airline industry using foresight methods. I have also researched into development strategies for electronic markets, the resource based view, entrepreneurial orientation, cognitive biases of entrepreneurs, technology clusters, foresight and learning innovation.

What are you teaching to the delegates of the AeMBA?

I have taught and initiated many modules in the Aerospace MBA such as the Alliances and Partnerships Workshop, the Airline Simulation Elective, the Security and Safety Elective (started in response to 9/11), the Airline Management Elective, and Research Methods. The last module was important in raising the quality of internship reports and thesis in the AeMBA. I also taught the Airport Management Elective in the past. Today I teach the Strategy Core Module, the Alliances and Partnerships Workshop, and the Airline Elective. Over the years I have also supervised a large number of internships, thesis, and MCTP projects, probably well over 150 by now.

My teaching style is strongly shaped by my multi-cultural experiences. I have been fortunate to spend time in some very good universities around the world, working with exceptional students, professors and administrators. My way of teaching strategy is heavily shaped by my research on firm performance, especially my work on business failures. Strategy teaches that firms should seek unique positions by selecting what customers to serve, which needs, and at what relative price. Strategic management is about making the right trade-off decisions that maintain fit between the strategy and the activities performed by the firm. Many CEOs fall into the trap of thinking that their firms have to be the best in every way, meeting the needs and wants of all potential customers, and avoid unhappy customers at all costs. Strategy is not about this, no firm should attempt to be everything to everyone. I try to instil clarity about what strategy is in my teachings – over the years so many competing frameworks and perspectives have been developed that it is easy to lose sight of the underlying strategy principles. In fact many businesses managers have only vague idea what strategy is. In the spirit of strategy, I have tried to make the Strategy Core Module, unique, inspiring and thought provoking.

Do you use special pedagogical methods?

My years at Maastricht University (MU) introduced me to Problem Based Learning (PBL) that is the official learning approach at MU. This active learning method was invented in Canada (McMaster University) to help medical students improve diagnostic skills of medical conditions and enrich their learning experience. The method worked brilliantly for that purpose and was found to improve not only student satisfaction but also test scores significantly. It is a method that facilitates self-responsibility for the learning process and structured problem solving, exactly what business school students need. In Maastricht, however, I started experimenting with my own approach, the 3 Way-Interactive-Method (3WIM) of learning. One assumption in 3WIM is that quality in decision making comes from the process not a gut feeling or the isolated experience of one decision maker. The boss knows it all is a bygone era of hierarchical organizations that are thankfully giving way to participative management, teamwork, and decentralization. The 3WIM method mixes together several important perspectives in teaching such as observation and continuous feedback, decision making skills, presentation skills, analytical skills and discourse between teams. Using this method I try to create a sense of separation between process and content an important aspect of strategy in practice an emerging sub-field in strategy.

Could you tell us more on “foresight project”?

Foresight project is actually another long-standing innovative feature in the Strategy Core Module. After working with the aerospace industry (ASD) in an EU funded project (Astera) on scenarios and out-of-box processes for the aerospace industry, I realized how much value such processes generate for managers, not only in understanding future constraints and opportunities but also how these processes change the mindset of managers. I therefore allocated three to four days to a foresight project in the Strategy Core Module. We use our own foresight process that is geared towards strategic planning called “forwardcasting”, a combination of backcasting and strategic option planning. In these projects we have explored future “pictures” for firms in aircraft manufacturing, space, airports, airlines, large cities, and we even explored a future without air transport. One can say that nothing is really surprising about the future having gone through these workshops. In fact strategy as a field is changing and large firms see faster and faster changes in their environments calling for a future-in orientation rather than the projection of past or present trends. I am proud to say that our students understand potential variations in the future and are prepared for the future challenges of the industry, armed with sense-making tools and a future orientated mindset.

Subscribe to RSS or enter you email to receive newsletter for news, articles, and updates about what’s new.

Get in touch with us

This site uses Akismet to reduce spam. Learn how your comment data is processed.